Identity, diaspora, and the glass ceiling formed the cornerstones of Carol Nguyen's opening night speech. Check out the video, and read what this year's youngest filmmaker had to say at the start of IDFA 2019.

Thank you for the warm welcome, Amsterdam. I arrived this morning, flying from Ho Chi Minh City in Vietnam, where it was my first time in Vietnam, which was a huge personal journey.

My parents are Vietnamese. They fled Vietnam after the war and haven’t been back since. Growing up, the Vietnam I knew was from the stories I was told—one of war, tragedy and trauma. Being there for me is like trying to merge my two understandings together—stories of the past with what the city is today: globalized, modern, some limitations and a lot of foreign investment flowing.

My experience has also been very complex. I have questions like, "what does it mean to be a foreigner in my parents’ motherland, to be able to listen to fireworks echo the streets instead of bombs, or to witness the beach as a vacation town instead of an escape port?" My parents immigrated to Canada with no money in their pockets. They worked two jobs while going to school, raised two kids and opened up a business in the meantime. Never would they have imagined their lives to transform the way they did, or their daughter to get the opportunity to speak in front of a crowd like this. How lucky am I to be me?

I don’t know the answer to these questions. And I don’t know if I ever will. I think there are some things that are lifelong quests. But there is one thing I know for certain: I am not the only one asking these questions of identity, borderlessness, tradition.

In such a globalized world, one of immigration, of Westernization, where communication and knowledge can be passed with the touch of a button—traditions are changing, normalcy is being questioned, youth are using their access to knowledge, their hybridity to challenge the status quo.

For us youth, we were blessed that filmmaking became accessible when we were kids—giving us a megaphone to express ourselves publicly. For me, it became my way of articulating feelings and thoughts that I could not verbalize. Like ones of identity and the Asian diaspora. It became my voice when I felt silenced. This is why, as a high school student, I knew this was the path I wanted to take.

What I didn’t know was what my goal was, simply because I had a glass ceiling above me. I saw no one in the media that looked like me, not on screen, behind the camera, and certainly not in the award shows. How far could a woman of colour really make it in the industry?

For a while, it didn’t matter to me. As long as I was able to tell my story, I was okay. But as I grew closer and closer to that glass ceiling, I realized that it was not that simple, and that I wanted more. And it took me a long time to understand that it is okay to demand more, especially if that means demanding equality.

If you ask me, today is the best day to be a woman in film. Within the last few years alone, we have seen a rise of diverse representation in mainstream media. Society and our audiences are more conscious than ever about the lack of gender and racial parity in film. Film festivals have even set gender parity goals for themselves. We are all demanding it. Because of this, I am optimistic. Although, there is still a lot of work to be done and it's not going to be easy. It’s something that we must fight for together.

But for now, join me in thanking all the generations that have come before us, in their fight for us to have the privilege to be standing in this room together tonight. Thank you to all the women who persevered to move the needle forward, to all the men who supported their cause, to all the people of colour who weren’t afraid to stand up, to those who weren’t afraid to walk out, or speak out, to those who said, "enough."

How lucky am I to be me? How lucky are you to be you? Have a great night, IDFA. 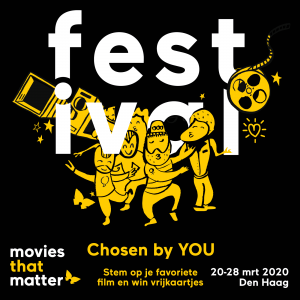 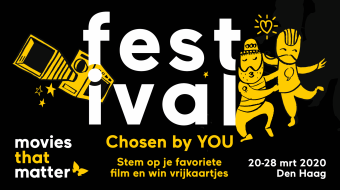 No Crying at the Dinner Table

Independently of each other, three members of a Vietnamese-Canadian family talk about their hidden emotions, then listen to the recordings together. Carol Nguyen’ camera breaks down emotional barriers, leading to beautiful, cathartic conclusion.…

IDFA 2019 opens with a call for gender parity and inclusion