On June 24, IDFA Meets deep dives into Amsterdam's nightlife. Ramon de Lima, chairman of Stichting Nachtburgemeester, will be the guest curator of this online event, which includes a screening of the documentary film A Twist in the Fabric of Space followed by a discussion on the importance of the club scene as a creative outlet. Tastemakers from Amsterdam's nightlife, of course, will be in attendance. The event will be Dutch-spoken.

Nightlife has been completely silenced for almost a year and a half now. In order not to forget its importance, IDFA Meets, the platform for a new generation of documentary viewers, is presenting a special evening on exactly that: the long-thriving nightlife of Amsterdam and its club scene. At the center of the evening is the film A Twist in the Fabric of Space, the modern urban symphony from filmmaker Morgan Knibbe, who graduated from the Netherlands Film Academy in 2012.

In this energetic documentary film, which pairs an unstoppable techno soundtrack to the city landscape, Knibbe captures the release from our daily grind.

After the screening, leading figures from the Amsterdam nightlife scene will enter into conversation with moderator and DJ Said Carter. Discussion topics include why Ramon de Lima (Stichting Nachtburgemeester), Anne Rodermond (manager of Club Church, known for its many gay fetish parties) and Isabelle Ho Kang You (Eerste Communie) continue dedicating themselves to giving people a place where they can escape from everyday structures, where taboos can be embraced, and where rules can be broken. Topics such as normality, identity, and contrariness will definitely be on the agenda. There will also be a performance from the Amsterdam-based artist Xenia.

IDFA Meets N8BM: A Twist in the Fabric of Space

A Twist in the Fabric of Space

Made with documentary footage that mixes up the real and the virtual world, this visual trip uses the manipulative power of film to condemn the lack of real contact in a time of over-communication. It is a life cycle made up of a silent big bang, undulating bodies and a hardcore techno city symphony. Sped-up, slowed down and cut-up images are mixed with distorted sound to create an abstract reality that gives the viewer enough space to make associative connections.

The film tells the story in four parts. The first, "Coming Down," is the story of a creation: of a sun system, of a child. In part two, "Holding Tight," we see pile drivers hammering piles into the ground to a house beat, which creates a hermetic world with introverted people. Part three, "Wanting More," is a trippy anthology of spectacular images competing for the attention of oversaturated media consumers. In part four, "Letting Go," a boy and a girl meet each other in ecstasy - first during a rave, and then in a sex scene. Director Morgan Knibbe's chief inspiration was French writer and philosopher Georges Bataille, who wrote that "Man restores his lost sovereignty in ecstasy."

A Twist in the Fabric of Space trailer

Ramon de Lima, chairman of the Stichting Nachtburgemeester, is a great advocate of creative nightlife in Amsterdam. He is also a programmer and music journalist. In 2017 Ramon founded Kondo, a platform that fights for an inclusive dance floor and wants to give space to local artists.

Anne Rodermond studied fashion design at the Gerrit Rietveld Academy and is now manager and programmer of Club Church, a place in Amsterdam where the fetish subculture is given all the space it needs. Anne is actively committed to gender, sexual diversity, sex positivity, HIV stigma, PrEP and creativity in the queer fetish scene. At Club Church, Anne can combine his background in art with his interest in sex.

Isabelle Ho Kang You is an organizer and concept developer of First Communion, which is all about techno parties in places like wastelands and empty buildings. Isabelle sees herself as a raver and freedom fighter, with a penchant for the dark: "The darkness gives you gifts if you are open to it."

Sagid Carter started as a DJ for FunX and can now be heard daily on 3voor12 Radio. Every Saturday she presents Club Carter on NPO 3FM. In addition, Sagid has her own podcast, Cartish Radio. On YouTube she hosts her channel Sagid Carter Interviews with talks about music and fashion. In 2020, de Volkskrant chose Sagid Carter as Media Talent of the Year.

Xenia, or Xenia Perek, is an Amsterdam-based performance artist. She grew up in Poland, where her great role model was the androgynous Xena: The Warrior Princess. In 2013 she swapped Poland for the Netherlands, where she studied visual arts at the Gerrit Rietveld Academy. Her work was previously shown at Club Church and The School.

IDFA Meets is made possible by VSBfonds, the Democracy and Media Foundation, and the City of Amsterdam. 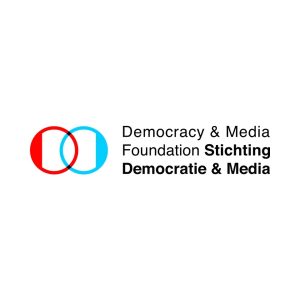 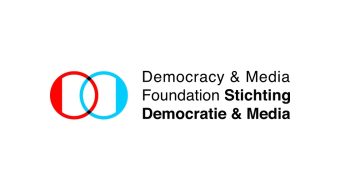