On October 23, IDFA Meets gets up close and personal with feminist author Munganyende. In this special daytime program, the writer takes us into the safe haven of a migrant living room, recreating the ease she felt growing up in these intimate spaces. Rebecca Achieng Ajulu-Bushell's short documentary film Breakfast in Kisumu will be screened, and East African breakfast will be served.

Long before Munganyende had ever been back to her homeland of Rwanda, her childhood played out in African living rooms in the Netherlands. Migrant living rooms, according to the author and New Age Publisher, are miraculous spaces: familiar places in foreign lands and safe havens where African migrants can come home to. Even though these spaces appear as if on the other side of the world, they became the defining environment of Munganyende’s young girlhood in Europe.

Migrant living rooms are also places of intimate knowledge sharing. This knowledge is imparted powerfully, but always implicitly, thanks to hours of storytelling that elders carry on their tongues—stories that aren’t written in history books. Many are stories of hope and despair, courage and self-forgiveness, and love and the complexity of existence.

Specially for IDFA Meets, Munganyende brings the living rooms of her memories into the present for a wider audience. Led by moderator Khady Postma and together with fashion designer Bodil Ouedraogo, visual philosopher Doru Loboka, and filmmaker Rebecca Achieng Ajulu-Bushell, Munganyende will discuss the short film Breakfast in Kisumu, Rebecca's intimate portrait of her own father, a Kenyan activist involved in the struggle against apartheid in South Africa.

The film screening will be followed by a conversation. In the spirit of memory restoration and emotional reparation, IDFA Meets Munganyende invites these women, as guest speakers, to give their take on the journey, sharing their perspectives on the film and the stories that surround it. Less an event and more an energy-based practice, the program aims to give all attendees a space to make their own meaning and feel replenished while enjoying an East African breakfast.

About Breakfast in Kisumu and filmmaker Rebecca Achieng Ajulu-Bushell

Rok Ajulu (1950-2016) was a leading Kenyan academic and activist who was involved in the struggle against apartheid in South Africa. This short documentary is his daughter Rebecca’s tribute to her father. The film’s leitmotif is an intimate conversation between father and daughter that she recorded shortly before Ajulu discovered he was terminally ill. Speaking about the many twists and turns in a life in which he fought for freedom but found himself in prison or exile on many occasions, Ajulu’s stories cover his time as an activist student in 1970s Kenya, his studies in Bulgaria, his first academic position in England, and his close ties with South Africa.

In her work, filmmaker, writer, and ex-international athlete Rebecca Achieng Ajulu-Bushell focuses on decoloniality through storytelling. In 2019 she directed and produced the acclaimed documentary Breakfast in Kisumu, an exploration of the aesthetics of memorialization, a visual essay about the freedom fighters of the post-colonial apartheid era, and an ode to her father, the late, great Professor Rok Ajulu. Her other short works are more experimental: It’s Not Us (2020) and No Justice No Peace (2015) explore the Internet language of blackness through the discourse of the Black Lives Matter movement. In her daily life, she shapes the projects of her creative strategy agency Nyar K’Odero Group while consulting as a researcher and writer. She is currently teaching and pursuing a PhD in African Cultural Studies.

Munganyende is an author and performance artist invested in publishing transformative stories for digital-native audiences. She is the creator of FUFU&DADELS, a guerilla womanist audiocollective and has been named by ELLE as a promising feminist voice of her generation. Munganyende uses her words to paint a vivid picture of millennial black womanhood. She is currently developing a curriculum at ArtEZ academy of the arts in Beyoncéology: a study of literature through the critical lens of womanism.

Munganyende’s acclaimed essays have been published in leading Dutch newspapers, resulting in her being selected for a fellowship with the Dutch Fund for Literature. Her keynote speeches for notable Dutch cultural institutions have served as welcome letters to the likes of Angela Davis and Brittney Cooper.

Born to political refugees as an only daughter, intersecting political realities have always been inherent to Munganyende's worldview. It is her everyday ambition to continue her contribution to critical thinking on global justice and intersectional liberation.

Bodil Ouedraogo’s work is informed by the connections drawn from examining seemingly disparate cultural aspects. Born to a Burkinabé father and a Dutch mother, Bodil’s research has been informed by her bi-cultural identity, taking her from the Gerrit Rietveld Academie to Bobo-Dioulasso, the second biggest city in Burkina-Faso. There, she studied fabric making the different cultural ideas that constitute being “well dressed.”

Doru Loboka is a visual philosopher who focuses in creative research, taking inspiration from nature, sculpture, materials, colors, and ‘60s and ‘70s Africa. Whether she is working as an art director, image researcher, or set designer, her vision approaches still life as a concept and a way of working. Currently she is working on a book about non-Western perspectives on colors.

Khady Postma is a Senegalese-Dutch creative and self-taught freelance interpreter. She started Senegalese Twisted as a way to express her creativity by combining photography and writing. This eventually lead to expressing herself through video on YouTube and adding voice overs to her blogposts. She lives to inspire others just by sharing her experiences. 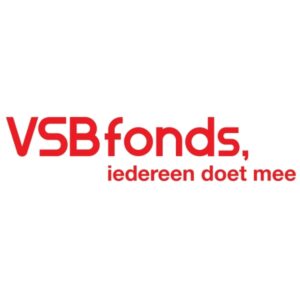 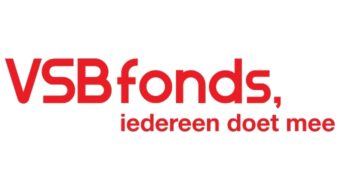