De Groene Amsterdammer has teamed up with IDFA, selecting six documentary films to mark Europe Day. Together, these films tell the story of how this old continent is wrestling with recent problems. In the eyes of refugees, Europe is still a paradise that promises security, freedom and happiness. But from a political and economic perspective, this paradise is starting to crack.

‘Life was under control. It was calm’, says Greek coastguard captain Kyriakos, eating with his mates in a café on Lesbos. He is reminiscing about a time he believes is now lost forever. In the summer, tourists would flock to the heavenly island, generating a decent income before tranquillity would return when the holiday season was over. The coastguards would peer out through their binoculars at pleasure boats and guide fishermen back to port. Now, he and his ten colleagues are called out at every hour of the day and night to fish women, children and men in life-vests out of the sea. The first group of twenty Afghans arrived in 2001; by 2015 more than six hundred thousand refugees had made the crossing from Turkey into Europe, some ten percent of them perishing in the water.

This Greek hero’s words, recorded on 28 November 2015 for the documentary 4.1 Miles, have taken on new resonance in the context of the Corona crisis. That regulated life he refers to no longer exists for anyone; what was everyday normality now seems like a different world. The EU is locked down. The citizens of its Member States are seeing old internal borders closing, and for refugees Fortress Europe has become even harder to reach. We are no longer confronted by images of people floating in the Mediterranean, such as the ones pulled onto the deck of his boat by Kyriakos in the dramatic year of Wir schaffen es. But those problems have not gone away. In fact, the current shutdown is magnifying everything.

What is the Europe that exerts such an attractive pull on these refugees? Is the EU a common market? Or a community based on common values recognised by all the Member States: respect for human dignity, freedom, democracy, the rule of law and recognition of human rights? The Union’s formal aim is a peaceful society based on tolerance, justice and solidarity. But cracks have been appearing in this democratic pact for some time now.

Internally, there are great contrasts between the Northern and Southern countries of Europe, both in terms of lifestyle and opinions concerning state finance and the repayment of debt. The Corona crisis has added huge urgency to the debate on economic solidarity within Europe; the wealthier Northern Members are terrified that the EU will become a means for diverting their wealth into the bottomless pit of the South. Conveniently forgetting that they profit, through their exports, from these Southern countries, and that – for example – large Italian companies avoid paying taxes at home by using the Netherlands as a tax haven and having clever ‘fiscal solutions’ thought up in Amsterdam’s Zuidas financial district.

What’s more, Europe is in a clinch with its own migration policy – and, partly thanks to this, with itself. Not all Member States are equally happy about the free movement of persons and goods enshrined in the 1985 Schengen Agreement – hence the chaotic Brexit process. A wave of right-wing populism is washing over the entire continent, appealing to nationalist sentiments and, in Eastern Europe particularly, leading to measures that undermine the rule of law.

When everything finally gets going again, the unity of the EU will come under further pressure. The world – Europe included – will be hit by an unprecedented economic crisis. The question is how to fairly spread the pain of this. Between Northern and Southern Europe, but also between rich and poor in all the individual Member States; between the lucky few in permanent employment, and the growing army of the precariat. The problems that existed before the Corona crisis will hit even harder when it’s over.

This includes the refugee crisis. Will the nation states and ‘Brussels’ be able to afford to take in refugees? Will there be jobs for them, now that mass unemployment looms on the horizon? And what about European tolerance and solidarity? So much uncertainty forces people to reflect. This process of reflection is prompted by six impressive documentaries – among them 4.1Miles – selected by De Groene Amsterdammer in cooperation with IDFA to mark Europe Day. Together, these create a layered impression of Europe before the outbreak of the Corona crisis. They tell the story of the attraction exerted by the EU on migrants; of the responses of Europeans to the arrival of all these ‘foreigners’; of the right-wing populism that feeds on xenophobia; and of the down sides of the consumer paradise Europe has become.

Migrants’ expectations are presented in the provocative film essay Stranger in Paradise (2016). They arrive looking for freedom, security and work. For a better future. Writer/director Guido Hendrikx cracks their illusions by confronting them with different visions of their arrival from the ‘receiving side’. He uses a remarkable filmic concept to do so: three times, he receives a different group of migrants in a classroom, himself playing the role of distant, disinterested teacher. He writes the topics for the lesson in chalk on a blackboard.

With the first group, he takes an approach purely based on figures: what does one migrant cost society? Some twenty thousand Euros per person per year – times the number coming in. It soon adds up to millions. With, as he explains to his ‘students’, little to offset this: more than half of them will never find a job. They listen, glassy eyed and appalled, as he shatters their dreams of the European paradise. He ruthlessly hurls it in their faces: ‘We don’t want you. Wir schaffen das nicht.’

With the second group, he works with moral arguments: he is overflowing with empathy and praises them as the kind of courageous, inventive people Europe is crying out for. But then, with the third group, he is shattering illusions once again, acting as a representative of the Dutch asylum process which rejects the vast majority of applicants. An approach that also proves confrontational for the viewer, disenchanting us with harsh realities. This film also shows how asylum policy is by definition driven by judgments on individual lives, rather than categories of people seeking a better life.

There are many perspectives between ‘Welcome!’ and ‘Stay away!’ Which makes The Border Fence (2018) such a surprising film. In 2016, the Austrian government feared the closure of the Balkan Route would causes masses of refugees to flock through the Brenner Pass from Italy and settle in their beloved Tyrol. In anticipation of this, it was decided to install miles and miles of fencing. We see two hunters peering through binoculars on the lookout for strangers. A housewife in her pristine kitchen, cooking for a group of migrant workers from Africa. She carries a pan of steaming couscous out to their builders’ hut – a well-meaning gesture.

As construction proceeds, the locals have their say. Police officers, hikers, farmers, toll operators, café owners – everyone has his or her own views on the matter. Often, these are nuanced, despairing thoughts on European migration policy and what the arrival of so many new people from different cultural backgrounds will mean for a community steeped in tradition. Almost all of them feel empathy for the refugees, but they wonder aloud how Europe can offer a solution. We understand their point of view, and consequently question our clichéd image of the conservative Alpine villager.

When asked, many of the migrants in Guido Hendrikx’s three classes state a preference for the Northern European countries. They have heard that people in the Netherlands and Germany are nice, that the state is generous, and that there is lots of work to be had. They will soon fit in, they believe. But what if they don’t get further than Greece?

This is a topic tackled by the chilling documentary Golden Dawn Girls (2017), in which Norwegian documentary maker Havard Bustnes follows three women close to the leaders of Greek extreme right wing party Golden Dawn: the daughter of the party leader and the wife and mother of two party members. This party, founded in 1993 and which with its slogans and logo obviously flirts with Nazism, in 2015 became the third largest in Greece on the back of the refugee crisis, attracting almost 1.8 million votes. The women are running the organisation as the party has been designated a criminal organisation and its leaders imprisoned, the prosecutions against them fanning the flames of their hatred of the political establishment, the EU and foreigners even more.

Or imagine that the migrants from Stranger in Paradise end up in Sweden – a country that has long had a strong welfare state and a generous asylum policy. The culture shock awaiting them could hardly be greater. The Swedish Theory of Love (2015) reveals the darker sides to this social-democratic paradise where everyone is equal in terms of access to welfare and striving for individual autonomy.

The film zooms in on the down side of autonomy as an ideal. The readily available choice to be a single mother has led to large numbers of pregnancies by self-insemination using anonymous sperm donors, with commercial sperm banks eagerly jumping in to plug the gap in the market. The toll taken by all this autonomy on the elderly is an epidemic of loneliness – no country in the world has so many forgotten deaths as Sweden. The Swedish Theory of Love takes us to joyless housing blocks populated solely by singles – no country has as many of these either – living in clinical, spartan apartments. A film to make us consider the boundaries of the quest for freedom, and where the ideal of autonomy segues into bleak diktat.

The darker sides of the European paradise are also addressed by Four Horseman. A film showing a world that has been out of kilter for decades, unpicking inequality of opportunity at the meta level. The argument is that the Western, capitalist empire has entered the decadent phase. It is a law of history that this is the last phase of every great empire, with a lifespan of six generations (about two hundred and fifty years). Taking its lead from the Bible, the film asks which four horsemen will herald the coming Apocalypse. Twenty three of the leading thinkers in the world at that moment –2011 – give their thoughts on this.

They point to the increasing gulf between rich and poor. To one paradox after another: as the West suffers from over-consumption and obesity and an obsession with sex, the rest of the world lives in hunger and poverty. Banks can conjure money out of thin air, which they then lend to citizens who have to pay interest on this and carry a burden of debt throughout their lives. Yes, they all state categorically, the way things are now in the world, we’re headed for a drama. They may not be opposed to free market economics as such, but they do think we need to change course – drastically.

This alarming film was made when the credit crisis was still in full swing, dragging the real economy down with it. This would only pick up again in 2018 – until the Corona crisis broke out, heralding a new recession. Is this pandemic one of the four horsemen? Or does this global crisis present us with an opportunity to radically change the capitalist system? So that, unlike Kyriakos, we don’t spend the future looking back on a life that was once calm and under control, but is now dominated by wild turbulence. 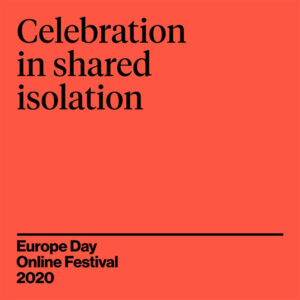 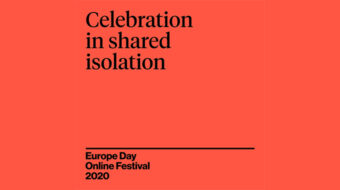