Now in its second year, the Netherlands Film Fund and IDFA Bertha Fund Co-Production Scheme will support three projects with a Dutch co-producer on board: Nishtha Jain's The Golden Thread, Zhao Liang's Pandora’s Box, and Olga Zhurba's Roma will each receive €50,000.

The NFF + IBF Co-Production Scheme, launched last year to offer contributions for international co-productions that have previously been supported by the IBF and that have a minority Dutch co-producer on board, has announced this year's selection: three projects that have been awarded €50,000 each.

Indian director Nishtha Jain's The Golden Thread (pictured), a co-production between Raintree Films (India), Zeppers Film & TV (Netherlands), Koleks doo DOKUDOM (Bosnia and Herzegovina) and Taskovski Films (United Kingdom), explores the phenomenon of jute mills outside Kolkata which have been functioning in the same way since the industrial revolution. Four of Jain's films screened at IDFA in previous years, including the IBF-supported Gulabi Gang (2012).

The Golden Thread took part at IDFA Forum Round Table Pitches last year, and previously received support from the IBF through its Development, Production, and Co-production categories.

Roma, the first feature-length documentary by the Ukrainian filmmaker Olga Zhurba (best known as the editor of another IBF-funded documentary, Alisa Kovalenko's Home Games) is a coming-of-age portrait of a young Roma boy who goes from being a hero of the Maidan Revolution as a child to trying to survive in a crime-ridden provincial town as a young adult. The co-production between Moon Man (Ukraine), Tangerine Tree (Netherlands) and Final Cut for Real (Denmark) previously received the IBF Classic – Production & Post-production support.

Pandora's Box by the prolific Chinese director Zhao Liang, best known for 2015 Venice prizewinner Behemoth (also supported by the IBF), looks at the relationship between human beings and nuclear energy in the form of an essay-poem. A joint effort of Zhao’s Image Production (China), Les Films d’Ici (France), Muyi Film (Netherlands) and CNEX (China), in co-production with ARTE France, it was also presented at the IDFA Forum Round Table Pitches 2019, and received the IBF Classic - Production & Post-production support.

In contrast with last year, when the inaugural NFF + IBF Co-Production Scheme funding went solely to the Chinese filmmaker Meng Han’s Smog Town (also co-produced by Muyi Film), the projects in 2020 benefitted from the filmmakers attending IDFA. The Fund paid particular attention to connecting previously supported filmmakers with Dutch producers at the 2019 festival edition, which resulted in an increase in submissions.

Meanwhile, the IBF is accepting applications for the IBF Classic Scheme until June 10, and for the IBF Europe – Distribution category continuously until October 1, 2020. 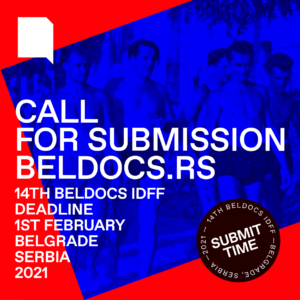 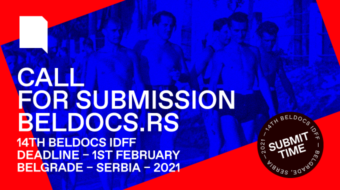