The Netherlands Film Fund and IDFA DocLab are delighted to announce the recipients of the Film Fund DocLab Interactive Grant 2020. This year’s three selected projects are: a full-dome experience in which director Tamara Shogaolu explores how the sound of space is imagined across cultures; a radical attempt to create a climate-neutral theater play by De Warme Winkel; and a multimedia installation co-created by surveillance artist Dries Depoorter and singer-songwriter Shishani Vranckx.

Now in its fourth year, the grant seeks to connect and support Dutch new media artists and storytellers by facilitating experimental collaborations across countries and disciplines. Innovative projects of high artistic quality with international potential that offer a collective experience are eligible for the award. A total amount of €20,000 was divided between the grant recipients to develop their projects. All three projects will be presented as part of the DocLab program during the IDFA 2020 festival, which will take place in November in Amsterdam and online.

This year's selected projects have proven particularly remarkable for their ability to resonate in different contexts: The artists wrote their submitted project plans just before the European lockdown, yet the plans continued to resound in a selection process during the height of the coronavirus outbreak in the Netherlands. For this reason, the Film Fund and DocLab applaud the selected artists, and remain eager to support them through the pandemic, with all possible challenges ahead.

Over the years, the festival has become an important launchpad for projects that explore new media and new forms of documentary storytelling. Artists previously supported by the grant have since gone on to showcase their works at MoMA, SXSW, Sundance, Holland Festival, CPH:Dox, and many other places. This year, the Film Fund and DocLab again saw the number of submissions increase, indicating that the immersive and interactive field in the Netherlands is growing and artists across disciplines are exploring new media more freely.

This year’s grant recipients are as follows:

Echoes of Silence by Tamara Shogaolu
One of the most exciting new voices in the immersive field today, director Tamara Shogaolu will create her first full-dome experience, exploring how the sound of space is imagined across cultures. Shogaolu and her award-winning Los Angeles- and Amsterdam-based studio ADO ATO Pictures have shown immersive works around the world, including MoMA, Sheffield Doc/Fest, and Tribeca Film Festival. Audiences will be able to experience Echoes of Silence at the ARTIS Planetarium in Amsterdam as part of IDFA DocLab.

A Farewell Tour by De Warme Winkel
In A Farwell Tour, De Warme Winkel sets out to explore asceticism. In a radical attempt at climate-neutrality, the boundary-pushing theater collective will create a play that does not pollute. Their work is known for their visual character and performance art influences. De Warme Winkel won the prestigious theater prize ‘Prijs Voor De Kritiek’ in 2017, being lauded for their consistently adventurous and contrarian work. A Farewell Tour will be performed in Amsterdam during the festival.

24H Sunrise/Sunset by Dries Depoorter and Shishani Vranckx
Finally, media artist Dries Depoorter and singer-songwriter Shishani Vranckx will co-create a live multimedia installation. Well-known for his work on global surveillance in public space, Depoorter has shown work around the world including at IDFA DocLab, MoMA, the Barbican, Mutek, and Art Basel. This time he will hack into security cameras for more poetic purposes, accompanied by a soundscape by Vranckx. Influenced by African, Afro-American and Western European music traditions, Vranckx is known for her unique vocal sound and credited with a host of awards. 24H Sunrise/Sunset will be on show at the DocLab exhibition in Tolhuistuin this November.

The Film Fund DocLab Interactive Grant gives the Netherlands Film Fund the opportunity to stimulate talented interactive makers to develop special projects in an international context and with international makers. These projects are presented during IDFA DocLab to the best of the best within this community. 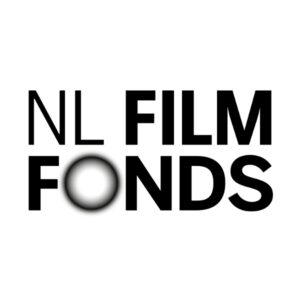 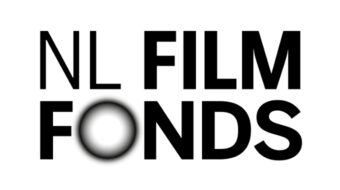