Jury report: IDFA Competition for Creative Use of Archive 2020

As jury members, we have enjoyed being exposed to the wide spectrum of films that are part of this competition, each of them exploring the notion of archive from a different perspective and using a broad array of documents and materials: from 8mm to 35mm footage; from artwork to surveillance cameras recordings; from text messages to family tapes and photo albums; from sound recordings to war footage; from love letters to YouTube videos. The selection included films by established, award-winning directors, whose work we admire, as well as by young and promising filmmakers, in some cases with their first feature film.

Judging such a diverse group of films and choosing just one of them has proven extremely challenging. Coming from different backgrounds and having different perspectives, we started our reflection from questions that we have kept discussing with considerable interest: What is an archive? How can we weigh creativity in the use of archival documents?

Luckily, we couldn’t come to unique definitions. Making films is always a way to invite the audience to see and interpret the world differently, whether archival or newly shot footage is concerned. We are grateful for being confronted with such a challenge and we celebrate how all the films in this selection offer a new dialogue between past, present, and future.

We would like to give a special mention to a film that invites us to reflect on the female gaze and representation using images recorded by two women from different generations in the same family. A journey through time, a collage of family images that guides us to rethink the world and society’s patriarchal structures of power from the female perspective. An experience of discovery, where those lives that society thought were asleep are more than ever awake. The special mention for the IDFA Competition for Creative Use of Archive goes to Dormant by Natalia Labaké.

This film makes a clever and subtle use of the archive to serve the narration: still and moving images are not a mere illustration of the voiceover but raw material of the narration. By intertwining photos of the family album, letters, a radiograph of the mother’s broken spine as the visible fracture of the family, and small-gauge archival footage, the family’s personal conflict between a secular progressive father and a traditional Muslim mother in Iran becomes a central metaphor portraying the Islamic takeover during the years of revolution in Iran and challenging the viewer’s assumptions and preconceptions in a remarkable way.

The Beeld en Geluid IDFA ReFrame Award for best creative use of archive goes to Radiograph of a Family by Firouzeh Khosrovani.

See the jury
See the selection 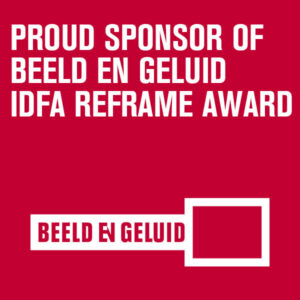 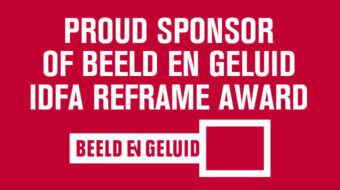